The Bittersweet: Sanctuary Story (Part 1 of 3) 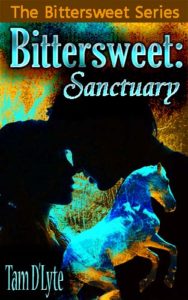 Putting her black ops past in the rear-view mirror, Terese hit the road like a modern day gypsy, pounding along the ribbon of asphalt, staying nowhere long enough to be found. She’d saved a few lives… and taken a few that needed taking. The death, the blood, the dirty deeds, stored in a corner of her mind she never visited. But there was one life she didn’t save and that one never went into that dark corner. That one was constantly there, day and night, that small face looking up at her, asking, “Why?”

And then there was Alex. The man who wanted her, loved her, struggled to understand her, but above all, offered her something she’d never had… a normal life. How could she allow an innocent like Alex into the mortal peril of her world? He’d be eaten alive.

She only failed the one mission. But it had been the most important one. Can she forgive herself for the evil of others? Only second chances will tell… 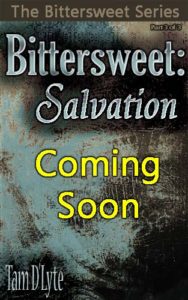 The Bittersweet Saga is a 3-part character arc about the last, remaining members of a government endorsed, pseudo-syndicate style family, not of blood, but of bond. At the hub is a misogynistic, torture loving tyrant (The Godfather’s Devil) killed in a suspicious car accident along with his daughter. Part 1 in the series is about Terese, the dead man’s widow and her guilt about not being able to save the girl. Part 2 in the series is about Malice, the dead man’s brother, and his revenge for the death of his brother. Not that he cared about his brother, not even a little, but because the hit taken out on his brother also killed the little girl, an innocent, that’s something he cannot forgive. Part 3 is a bit of a twisted mess for both characters…Their progression from victims of survivor’s guilt to saviors of the innocent is the story of every wounded warrior who pulls himself up by the bootstraps and rights the wrongs of the past.

TERESE is not a typical heroine. Though, you might be quite unnerved if you met the real Terese, she’s actually only a well-trained martial arts expert with a minor in edged weapons, an aversion to heights and a penchant for solitude. A dark, conflicted, wounded warrior, a protector of innocence that, through her one misjudgment, failed to save a small child from a terrible situation. Who wouldn’t be screwed up by that? Who wouldn’t be unable to trust after that? Second guessing every decision as if it were life or death? Unable to believe she was worthy enough to have a normal life? Survivor’s guilt personified.
MALICE/MALIN and Terese are connected through their survival of that terrible household, and even though they don’t necessarily trust each other, they respect each other. Malice is an ex-con, brother to the Devil’s Godfather himself, chasing revenge and ready to take down anything in his way to get it.
MARCUS is the Devil’s Godfather. A soulless, unscrupulous man capable of all manner of evil including torturing—mentally and physically—his own daughter. He uses the girl’s mentally disturbed, institutionalized mother as collateral for the good behavior of his new wife and daughter.
ALEX is a sunny, golden man who thinks the best of everyone. His brother Nick thinks he’s an idiot, but only fondly as brothers are want to do. He’s a good man. The man you would want your daughter to marry. Unfortunately, he has his work cut out trying to convince Terese of that.
BESTIO is an Andalusian stallion owned by Terese. His name means Beast in Spanish and since he is from Spain, and is an utterly rude horse, it is appropriate. And, yet, he’s Terese’s rock. Her stability and the only thing holding her to ground. Until she meets Alex. And then all bets are off. 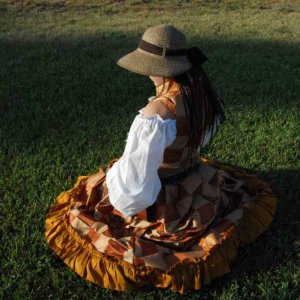 When I was seven, I was bored. That happened a lot when I was a kid since I’m an only child! 🙂 I whined to my dad, “I’m bored!” His response, with a magnanimous wave of a hand, “There’s a bookcase. Go get a book.” So, I grabbed the biggest, brightest book there (a college biology book) and began from the beginning. It took a long time, a looong time to finish that book. Never one to do anything by halves, I wanted to be an actress, a vet and an astronaut–simultaneously, of course–but decided to be a horse trainer instead. (Really? A horse trainer? Yes, what of it?) No, I’m not a horse whisperer. A horse doesn’t care what you whisper at it. A horse wants apples, carrots and cookies. Especially cookies. Just like people. 😉 I’m also not a cowgirl (cows scare me!) and I don’t race my horses. Sigh… I’ve heard it all a million times! LOL Anyways, my mom was a reader, books tucked everywhere around my childhood home, and my dad was a writer, little half-finished stories under the coffee table and between the cushions. I’ve acquired both habits on a grander scale (remember, nothing by halves? LOL) and have boxes of books above your head filling up a whole room and my computer hard drive filled up with bits and bytes of half-finished stories. It’s a disease, I kid you not!